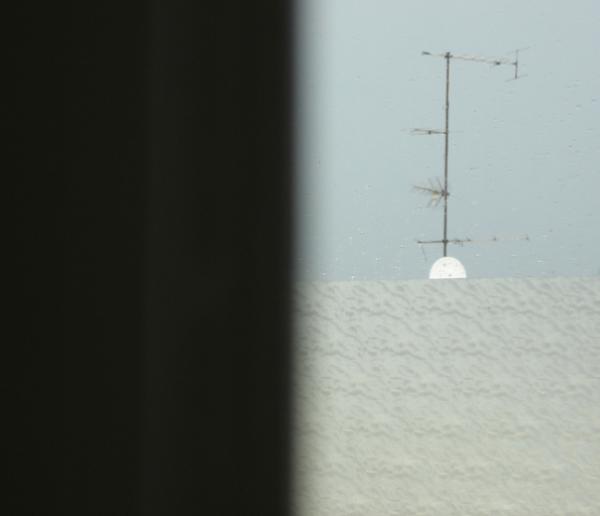 Jeanne Faust (*1968 in Wiesbaden, lives in Hamburg) operates in the interspace between reality and its representation. Moments of imagination and projection of feelings, which attach themselves to our perception and interpretation of images, play an important role in her works. Jeanne Faust relates this imagination to images which, on the one hand, are seductive in themselves because of their beautiful surface, and on the other hand, call up a pre-defined repertoire of images in the viewer, and in doing so she investigates the clichés of the foreign and the familiar. Her works refer to representations that attempt to capture significant events in a concise image and that, in the repetition of the same or similar motifs, coagulate into stereotypical signs.

Jeanne Faust takes such images as models for her photographs, and in her edition A whisper is no answer, for example, a satellite dish can become a moon that seems to rise above the roofs of Hamburg. The viewer is not immediately aware of this staging. Nevertheless, a feeling of unease remains, although (or precisely because) the work has a threatening beauty inherent in it.