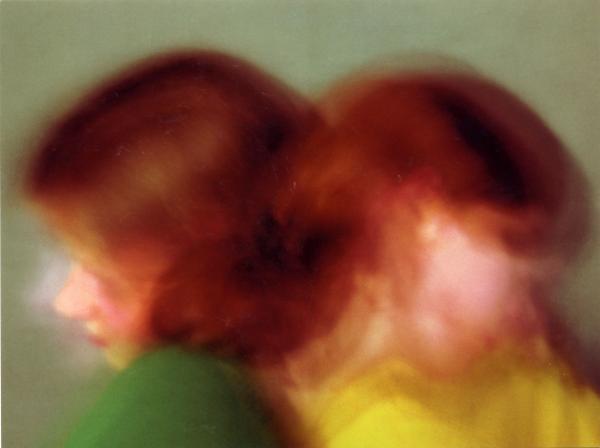 Two girls lean against each other and remain in this position for a while; one girl’s shoulder offers relief to the other’s head. The long exposure time, which is the sum of the participants’ ages converted into minutes, brings them into a state of physical dependence; their heads become heavy and so they are dependent on the other’s shoulder for support. In Korean, photography means “image of the soul” and refers not only to the outward appearance of the persons, but also to the spirit as well as the people portrayed.

Kyungwoo Chun (*1969 in Seoul, lives in Bremen) makes the spiritual exchange between the artist and the people in front of the camera palpable while taking the photographs. The result is an image in which the time spent together and the person of the photographer as well as the people photographed overlap. Kyungwoo Chun’s double portrait thus not only depicts two individuals, but also refers to the universal experience of being and passing, presence and absence.