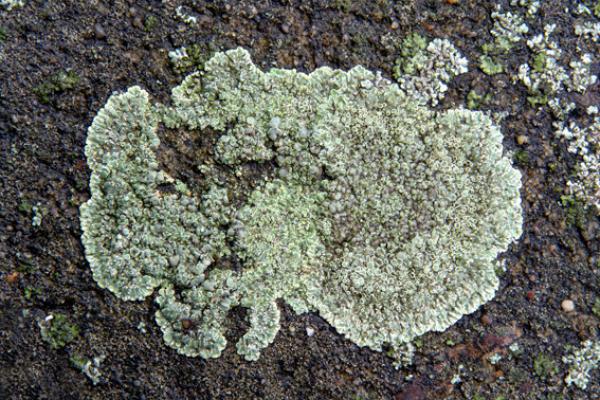 On the occasion of the cooperational project Space Revised, Bob Braine & Leslie C. Reed dealt with the pedestrian bridge that connects two of the participating institutions, the GAK – Gesellschaft für Aktuelle Kunst Bremen on the Teerhof with the Künstlerhaus Bremen located on the Neustadtufer. For Colonial Flags for Bremen, the two artists have therefore set their sights on the bridge deck. They have taken photographs of the lichens, mosses, and chewing gum remnants that have settled there–traces of a reconquest of the site by nature– and printed them on flags. Highly enlarged and aestheticized by the photographs, the parasitic bridge inhabitants take on a new meaning: Suddenly they appear like colorful patterns, islands, or entire continents. In a gesture of conquest, the flags reach beyond the bridge situation. They refer to general forms of spatial conquest, the claim to power associated with it, as well as to Bremen’s own trading history, which is linked to colonialism.