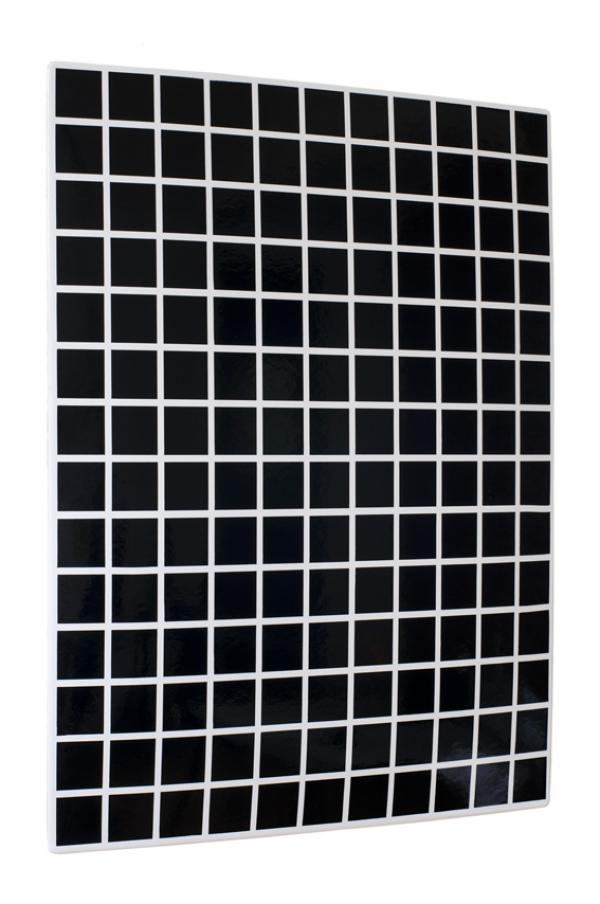 With her diverse approaches and questions Heike Bollig’s artistic practice is often interdisciplinary. In the work series Errors in Production, for example, she has been tracking down errors, collecting and exhibiting objects with manufacturing defects since 2004. Grid (Enamel) is also an industrially produced object, namely a slightly curved enamel plate with black squares on a white background. The sign bears the geometric pattern known as the Hermann-grid, which creates an optical illusion. The schematic clarity resulting from the reduction to simple, serially repeating basic geometric structures is reminiscent of the formal vocabulary of Minimalism. In further development of the work cycle Op Ad, in which the artist adapts the appearance of informal notices of requests and offers from public space and combines them with strictly graphic patterns, such as Grid (Enamel), where she also undermines the traditional function of the enamel sign as an advertising medium.