Jorge Macchi’s edition for the Künstlerhaus Bremen is as light as a feather, almost transparent, it lies on the wall and gently unfolds into the room. Through a simple intervention it becomes a fragile object. Formal aspects merge with a conceptual idea. The words Equator and Greenwich [MC1] placed horizontally and vertically on thin paper, cut each other, forming a cross. The part of the word “Greenwich” that is located in the southern hemisphere detaches itself from the wall, swings forward, whereas the sharply defined words of the northern hemisphere seem to have been transferred to the wall. The title Planisferio describes a two-dimensional depiction of the world, but here it is extended by an additional plane and transforms into a three-dimensional object. In his work, Jorge Macchi repeatedly deals with geographical phenomena or phenomena such as time and its passing. Based on his clear and reduced formal language, an unexpected, subtle poetry is revealed. 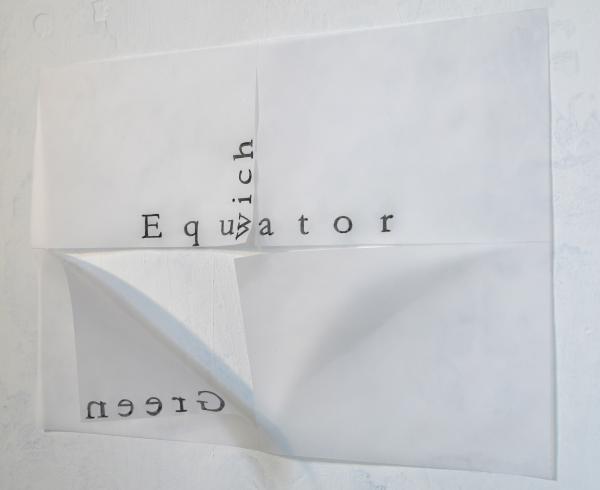