At first glance, Wolfgang Plöger’s 10 Schatten einer Form have little in common with this light phenomenon known to us. They are stable, differently shaped boxes made of hard cardboard, rigid, jagged structures. The difference to the shadow, which is known to lie softly over any obstacle and is also lucid, could not be bigger. But in this case, the thoroughly ephemeral structure is inside the boxes, caught between the hard cardboard. These are transport boxes for real shadows from the artist’s studio. A container was constructed for each shadow cast, which takes up its individual form and represents a precisely fitting packaging. Wolfgang Plöger then posted each box at the post office and sent it to the Künstlerhaus Bremen together with its sensitive contents. Through this act, he finally freed the shadow from its originator or carrier, froze it in a specific exposure moment and transformed it into an autonomous sculpture. 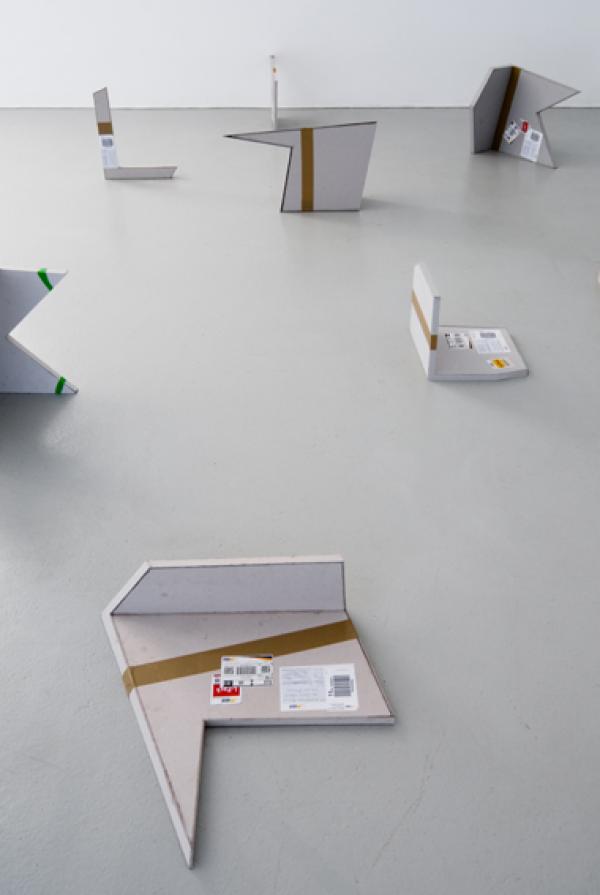