Attentive observation, magnification and detail are prerequisites for the painting of Marina Schulze (*1973 in Delmenhorst). She brings cut-outs and surfaces to the surface with an accuracy that approaches that of photography, thus achieving a monumentalization of the depicted object. Recurring are works in which the artist concentrates on parts of the human body. o.T. (GA IX), o.T. (GA X), o.T. (GA XII) are part of a series of facial cut-outs that Marina Schulze has been working on for some time. Covered by a colored light grid, the hyper-realistically depicted facial parts take on an unnatural and disconcerting appearance. The virtuoso play with the surface of the skin, its structures and peculiarities as well as the impact of the light grid, create an approach to non-representational painting. Thus figurative motifs are transformed into abstract, non-representational surfaces, creating an illusion of detail and overall picture, of reality and perception. 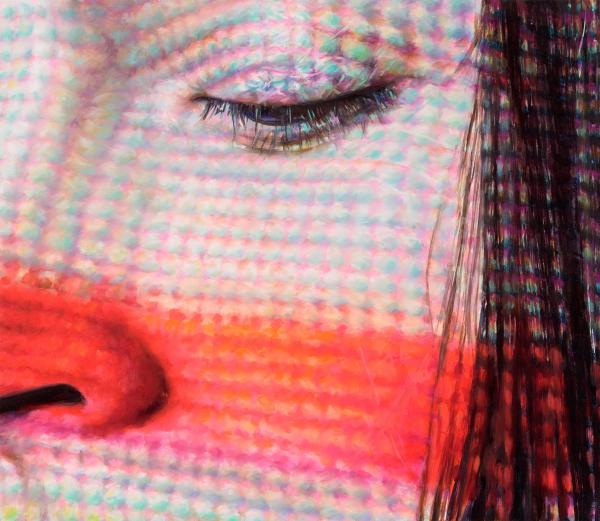