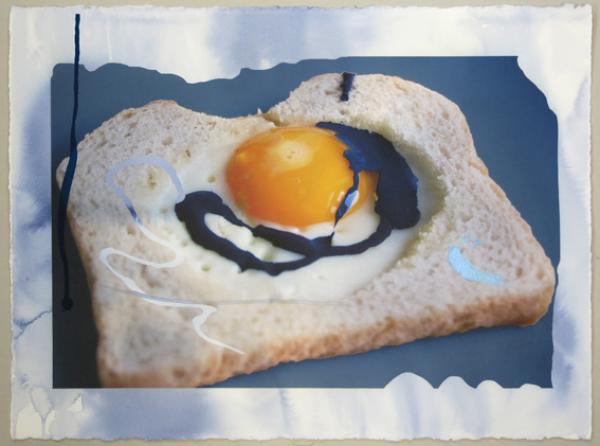 Anne Speier (*1977 in Frankfurt am Main) suggests that cooking and painting are similar in their nature. What they have in common is–at least in their respective idealized formulation–an intuitive act. Anne Speier’s large-format paintings combine painting with photography and, in their collage-like quality, act like stages for strangely distorted actors and performances. The cartoon-like figures, whose bodies often consist of photographs of food with a wide variety of textures mounted into the picture, appear amusing to grotesque. As an edition the artist has produced five versions of her work Eggs in a Basket by re-printing and repainting the original.

Anne Speier studied at the Städelschule in Frankfurt. Her works have been shown in numerous international exhibitions, including the group exhibition Ein Schelm, wer Böses dabei denkt. Anne Speier lives in Vienna, where she teaches at the Academy of Fine Arts.