Margaret Harrison (*1940 in Wakefield, Great Britain) is co-founder of the collective London Women’s Liberation Art Group and is one of the most influential feminist artists of our time. Her works are in important international collections, including the Tate Collection. Margaret Harrison’s edition is the famous, limited edition drawing He's Only a Bunny Boy But He's Quite Nice Really, which was part of the group exhibition Ein Schelm, wer Böses dabei denkt (A rogue, who thinks bad things about it). When the original drawing was first exhibited in 1971, it caused great controversy and the exhibition was closed by the police on the very first day. The edition is based on a photograph of the stolen original and depicts Hugh Hefner, the founder of the US-American magazine Playboy, smoking a pipe in a bunny costume that does not cover much. 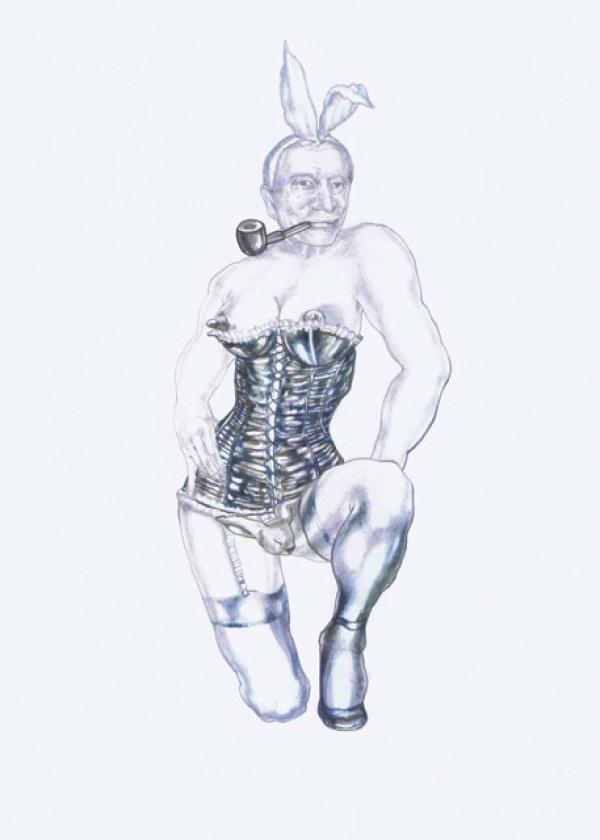