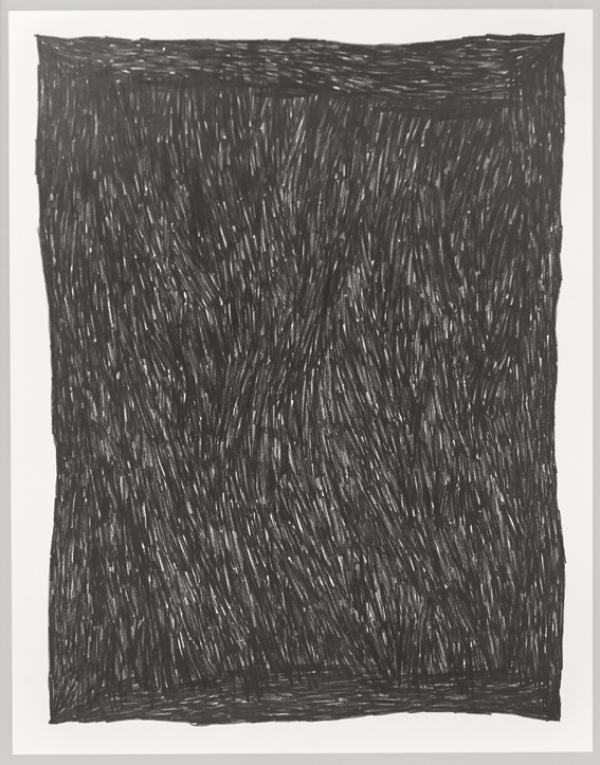 Tobias Heine (*1984 in Magdeburg, lives in Bremen) studied at the Hochschule für Künste in Bremen with Stephan Baumkötter. In 2015, he was awarded the Karin Hollweg Prize for his final presentation at the Weserburg and thus also received his first institutional solo exhibition at Künstlerhaus Bremen.

Tobias Heine’s works are based on the aesthetic potential of initially unattractive, everyday actions or standardized objects. Under conditions of time stretching and repetition as well as formal restraint, they are positively reversed in Heine’s drawings, videos or installations. His edition consists of five graphite drawings entitled Blanket S, each of which represents a rectangular surface defined and filled in by hand. Heine transforms the superficially gestural, seemingly lengthy act of their creation into a special materiality that makes the drawings oscillate between object and surface.