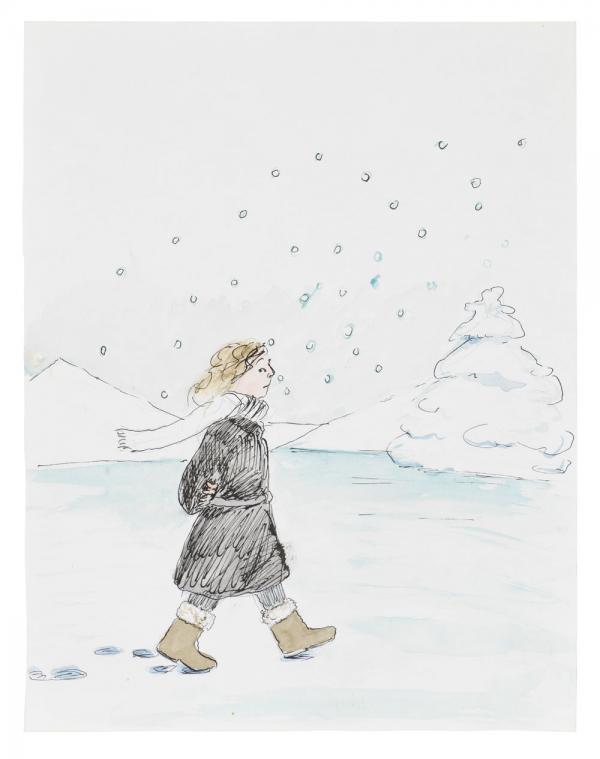 Amelie von Wulffen (*1966 in Breitenbrunn, lives and works in Berlin) is known for her figurative paintings and drawings, which reflect both art history and her scope of action as an artist. In 2016 she participated in the exhibition Ein Schelm, wer Böses dabei denken (A rogue who thinks evil in this) at Künstlerhaus Bremen. In this context she exhibited her work November, which in 64 drawings in the format of a comic strip relentlessly recounts her everyday experiences as an artist.

Her edition is one of the unpublished cover designs for the book Am Kühlen Tisch (Portikus, Frankfurt a.M., 2014). The cycle of drawings, which have the same title is characterized by self-irony and self-doubt and also depicts situations, such as exhibition openings, conversations with artist friends or gallerists, as well as fantasized conversations between the artist and Goya. Von Wulffen’s self-portrait depicts the artist walking alone through the snow with simple means. The watercolor recalls the traditional motif of the artist and nature, but it clearly distances itself from romantic models and adopts a pragmatic, more realistic tone.