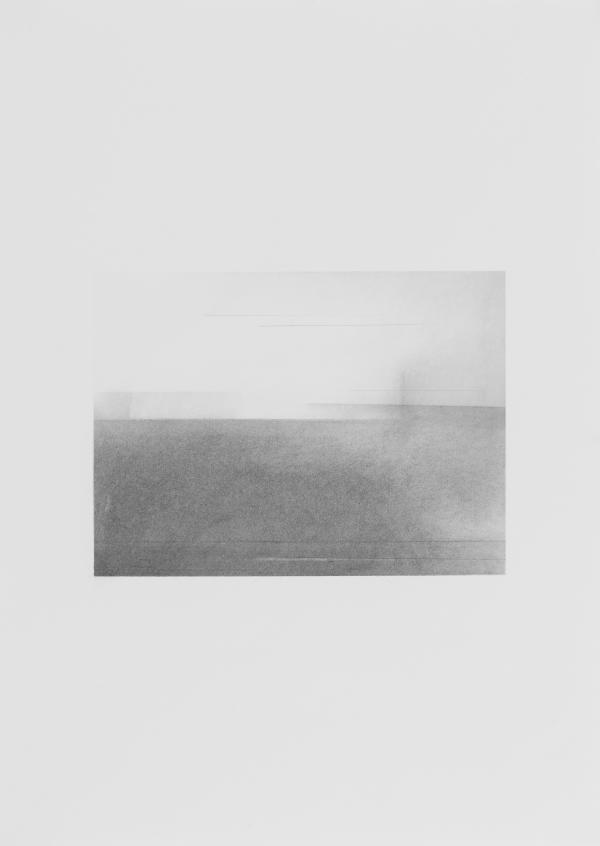 In her works Katja Blum (*1969 in Dortmund, lives and works in Bremen) explores the relationship between a place and its representation. The themes of space (spatial order) and light play a major role in her practice. Her sensitive works on paper, whether prints, drawings or collages, are formed around lines and surfaces. They reflect structural elements from landscapes, mainly with black and white means. The point of departure is usually found pictorial material, such as city maps which are detached from their context and composed into new motifs.

The edition consists of two graphic drawings from Blum’s latest series of works, which were created in her studio at Künstlerhaus Bremen. With the focus on light and dark elements as well as fine lines, she creates motifs that resemble fleeting glances out of a train window. Blum’s pictures create their own space of experience and play with the discrepancy between what is shown on paper and the memory of places one has already encountered.