The photo print by Gernot Wieland shows a hand holding a small, pyramid-shaped sculpture made of charred wooden sticks. What at first seems like a reflection of the first hand in the background is another photo of the hand holding the same sculpture.
The work was created as part of Wieland's film Ink in Milk, which was first shown in the group exhibition SHAME at Künstlerhaus. In it, he recounts memories of his childhood in an Austrian village, which are linked to moments of shame in terms of social background and disciplining institutions. The sculpture represents a memory of crystalline structures that the villagers* in Wieland's film reproduce with their bodies. They stand for the narrative element of memories, the meaning of imitation and the psychological and physical power relations and dependencies. 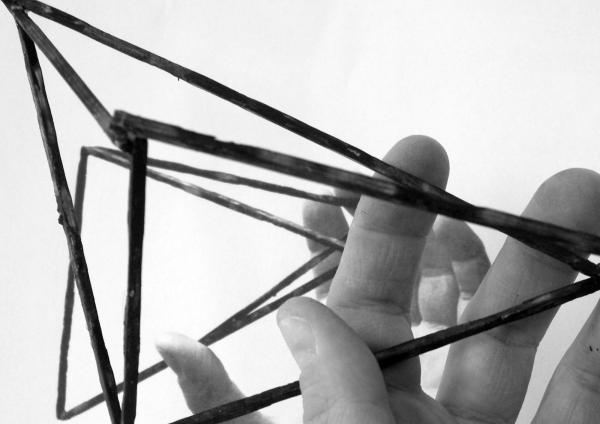